Back to Brian Jones 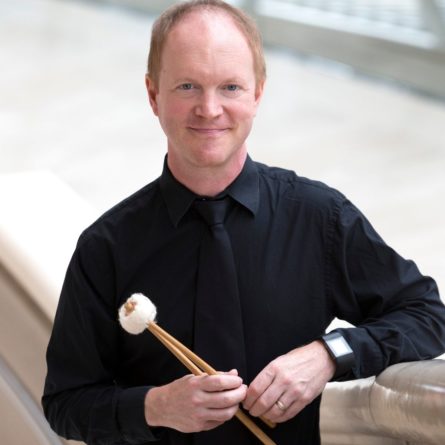 Jones currently serves as Adjunct Associate Professor at Southern Methodist University. Previously, he was Adjunct Associate Professor of Percussion at The University of Michigan for ten years, teaching two sections of Orchestral Repertoire as well as maintaining a private studio. His former students currently occupy positions in leading orchestras and universities around the world. He was a featured clinician at the 2004 and 2016 Percussive Arts Society International Conventions and has given presentations and masterclasses throughout the United States, Korea┬Āand Japan.

As an undergraduate at the University of North Texas, Brian was a member of the GRAMMY┬«-nominated University of North Texas One OŌĆÖClock Lab Band on both drum set and bass trombone in consecutive semesters, and a Jack DeJohnette drum set solo he transcribed was published internationally by the Percussive Arts Society. After earning his MasterŌĆÖs degree as a full fellowship student and garnering a PerformerŌĆÖs Certificate at Indiana University,┬ĀJones completed his schooling with a Professional Studies degree at Temple University under the tutelage of Alan Abel.