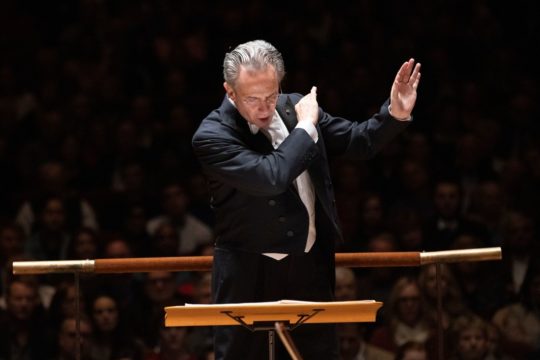 This January the Dallas Symphony Orchestra (DSO) and Deutsche Grammophon will jointly present a new digital concert recorded live at the Morton H. Meyerson Symphony Center in Dallas, Texas. HĂ©lĂ¨ne Grimaud joins the Dallas Symphony Orchestra and conductor Nicholas McGegan as soloist in Mozartâ€™s Piano Concerto No. 20 in D minor, and McGegan leads Mozartâ€™s Symphony No. 40 in G minor. The performance will be recorded in concerts from January 14-16, 2021, and will premiere on Friday, January 29, 2021, at 8:00PM CET/1:00PM CST on both the new DG Stage and as part of the DSOâ€™s Next Stage Digital Concert Series Presented by PNC.

The Dallas Symphony Orchestra (DSO) today announced that PNC Bank will be the presenting sponsor of its Next Stage Digital Concert Series through the end of the 2020/21 season. Recordings from the Next Stage series provides viewers from around the world with access to weekly DSO performances.

Required fields are denoted with an asterisk (*).