24 hours only! Use promo code BOGO on any concert below to save. In a ŌĆ£powerfully poetic Christmas program,ŌĆØ the all-male vocal ensemble presents familiar holiday carols alongside narrated passages from The Year of the Perfect Christmas Tree, How the Grinch Stole Christmas!, and Dakota and the Snow Phoenix. Experience the magic of the silver screen come to life with the Dallas Symphony Orchestra this holiday season! BrahmsŌĆÖs First Piano Concerto is symphonic in scope and unabashedly dramatic and intense; a perfect vehicle to highlight the virtuosity of GRAMMY┬« Award-winning Russian pianist Daniil Trifonov, hailed as ŌĆ£the most astounding pianist of our age.ŌĆØ Premiered a mere four days before TchaikovskyŌĆÖs untimely death, his final symphony was named ŌĆ£Path├®tiqueŌĆØ for the passion, emotion and suffering expressed, suggesting TchaikovskyŌĆÖs struggle with societyŌĆÖs intolerance for homosexuality. Yet there are tender moments and brilliant musicality, including a singing waltz that is unmistakably Tchaikovsky! Grammy-nominated vocalist Oleta Adams celebrates over 45 years in the music industry. An instantly recognizable singer of the soul and gospel canon, she is known for her warm tone and rich timbre. Throughout her career, she has released 9 albums, including secular, Gospel and Christmas albums, and was the featured vocalist behind Tears of Fears, Women in Chains which hit Top 40 of the U.K. and U.S. pop charts. 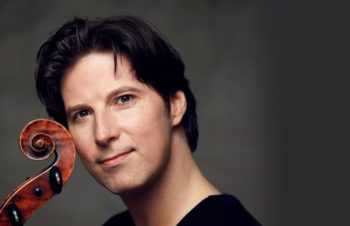 Inspired by the works of Prokofiev, ShostakovichŌĆÖs First Cello Concerto opens with a jocular march, riddled with solo cello and horn passages, leading to outbursts from the woodwinds, carrying Georgian folk tunes throughout the latter movements. Partake in Fabio LuisiŌĆÖs mastery of opera and a stellar cast of handpicked soloists in TchaikovskyŌĆÖs Eugene Onegin, a Russian lyric opera filled with celebratory tunes, an infectious waltz, passion-soaked arias, plush orchestration and even a dramatic pistol duel. At only 23 years old, Mozart composed his warm and witty Sinfonia Concertante, a clever combination of symphony and concerto, to display the exceptional skills of the string players in the Mannheim Orchestra. Critically acclaimed jazz quartet Yellowjackets have been a creative force in the jazz world since 1981. Receiving 17 Grammy nominations with 2 wins across their 41-year history, their sound has been described as having a stronger edge, with driving rhythms and virtuoso playing that sets them apart from their peers and takes the listener across a journey of decades and styles.