Back to Paul Garner 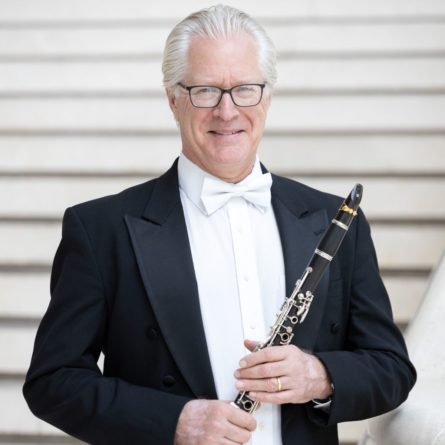 Paul Garner is Associate Principal and E-flat clarinetist of the Dallas Symphony. Prior to his Dallas appointment, he held similar positions in the orchestras of Denver and New Orleans and was a member of the United States Military Academy Band at West Point. Garner is Principal Clarinetist of Music in the Mountains in Durango, Colorado┬Āand has performed with the Grand Teton Festival Orchestra of Wyoming. He has also served on the faculty of Brevard Music Center, North Carolina. He is a member of the contemporary music ensemble Voices of Change and is active in several Dallas-area chamber music series, including the Nasher Sculpture Center, Fine Arts Chamber Players, Walden Chamber Music Society, Crowley Chamber Music Series at the University of Dallas and Hubbard Chamber Music Society. He has been a contributing writer for “The Clarinet,” and has presented master classes at universities and music festivals throughout the country. A dedicated teacher, Garner is presently on the faculty of Southern Methodist University where he teaches clarinet and chamber music. He holds degrees from Michigan State University and the University of Kansas.